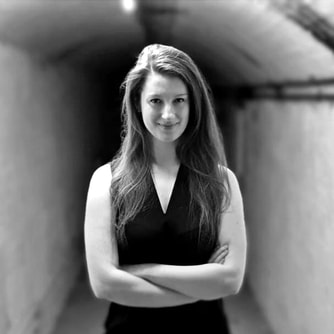 Carol J Jones is an innovative young composer whose work has been performed across the UK. Originally a dancer, her unique approach to composition encompasses everything from neurons to the universe. Having discovered composition whilst studying at Cardiff University, she is currently studying at the University of Oxford for a DPhil in Music with Robert Saxton.

Notable performances include the first movement from Songs from the Stars for orchestra at Hoddinott Hall as part of Composition: Wales 2016 (BBC National Orchestra of Wales; Jac van Steen), Bulawayo Railway for string trio at Dartington International Festival (Heath Quartet; Judith Weir), if i join up the dots in the stars at Oxford Lieder Festival (Claire McCaldin, Libby Burgess), here dead lie we (Scholar Cantorum) praise ye the lord (Worcester College Chapel Choir), all shall be well for SSA and harp (Godolphin Vocal Ensemble, The Korrigan Consort), gravity at the Cheltenham Music Festival and Guildhall School of Music, (Joby Burgess, Matt Frost; Michael Zev Gordon) and  A Commonwealth for Peace at Westminster Abbey (Commonwealth Festival Orchestra and Choir).  She has also written arrangements of film music for the London Contemporary Orchestra ComposHer event, as well as the Jack Philp Dance Company, supported by Arts Council Wales, Chapter Arts, Rubicon Dance and Cardiff University, and Illuminate, supported by Ambache Charitable Trust, Hinrichsen Foundation and GEMMA Classical Music Trust.
​
Upcoming engagements for 2019/20 include the premiere of the light thief by The Oxford Philharmonic Orchestra, developing a new work with cellist Jennifer Langridge as part of Psappha Composing For scheme, a collaboration with sound artist Alex Metcalf from The Tree Listening Project and a commission from The Korrigan Consort.
Powered by